home » The Effect of Sesame on Health
articleGeneral Article

The Effect of Sesame on Health

The Effect of Sesame on Health

Sesame seeds : Today, health is one of the main concerns of human beings, and people around the world spend a lot of money every year to maintain their health.

A condition in which an individual’s physical, mental, and social dimensions are perfect, which means that health is not merely the absence of disease.

Medicinal plants are also natural and suitable for the human body, with beneficial effects for maintaining health and treating diseases.

Sesame and its products are among the plants that have an extraordinary role in human health.

Sesame is an annual plant growing 50 to 150 cm tall, with opposite leaves which are petiolate and hairy. The calyx is 2-6 mm long, and the flowers are white, red, or purple.

The seeds, leaves, and roots are the medicinal part of this plant.

The scientific name of sesame is Sesamum Orientable, and it is called Sesame Seed in English. 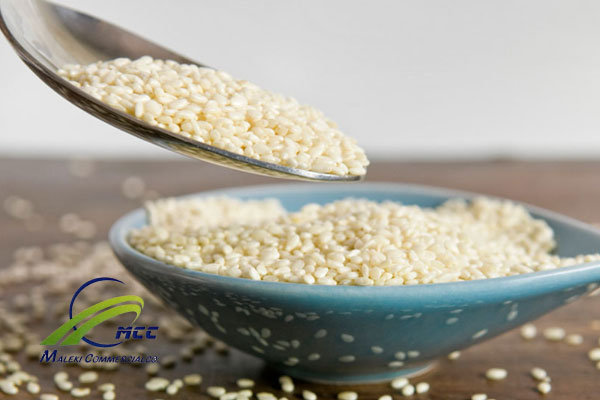 Sesame oil is an unsaturated oil, and its seeds have the highest amount of oil among vegetable oil seeds.

How to Make Sesame Oil:

Sesame seeds are washed and ground, after which water is added to separate the skin. The seeds are then dried and mixed with boiling water to form a paste. The resulting paste is pressed to separate the oil, which is called the first cold-pressed sesame oil. An oil is obtained from residues under heat and pressure, called second hot-pressed oil.

Maleki Commercial exports the best quality sesame according to the needs of the customers in the form of EXW, FCA, CPT, CIP, DAT, DAP, FOB, FAC, CFR, and CIF.

Maleki Commercial is the largest direct exporter of sesame in Iran and Asia. Maleki Commercial exports the best quality Sesame according to the needs of the customers in the form of EXW, FCA, CPT, CIP, DAT, DAP, FOB, FAC, CFR, and CIF.

You can contact our consulting department for bulk purchase.

The Effect of Medicinal Herbs on Liver

Treatment of Gastritis with Medicinal Plants

the Treatment and Prevention of Cancer

The Knowledge-based Maleki commercial was licensed by the Organization of Industry, Mines and Agriculture in 2013 with the objective of producing, processing and packaging healthy medicinal herbs and under two brands, “Elisso Sky” & “Clementa Herb”, was registered and collaborated with a group of graduates Medicinal plants commenced its activities.