Sinusitis is a common problem in many people around the world and especially respiratory abnornaml patients suffer from it.

Sinusitis are humid empty pores placed in the human skull which are empty in normal conditions.

These pores in healthy and normal conditions must be full of fresh air and no microbe or bacteria are present.

Mucous are normally present in the sinous. If this mucous amount go further and more than normal, they block the sinous path and lead to sinusitis.

Symptoms and signs of sinusitis

Medicinal plants in the nature is a natural and traditional remedy for sinusitis suggested by traditional medicine experts.

A tall tree up to 40-45 meters height, smooth and thread bark, leaves tip like and ovate, flowers are white to yellow formed in an inflorescense.

It has different species of which the most important are as follows: 1- Globulus, 2- Fructisetarum and 3- Smayci

Eucalyptus contain important compounds such as cineol, limonene and flavonoids.

This species is native to Australia and some species are cultivated in regions of Iran like Mazandaran, Fars, Khoozestan and Lorestan. 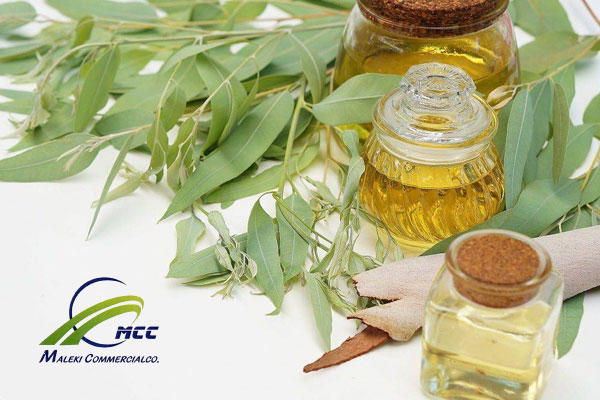 Add 1 spoon of Eucalyptus powder or few number of leaves to boiling water and drink after purification.

Maleki commercial is the biggest Eucalyptus essential oil exporter in Iran and middle east. For high trade order you may call our advisors.

Rosemary is known as Eklil koohi in some literature, which is not a correct name because it is native to Iran and not to Arabic country.

It is anti-microbial, anti-inflammatory, and anti-tumor and traditional medicine experts suggest it.

Drip a few drops of essential oil on your forehead and massage it slightly.

Maleki commercial is the biggest rosemary leaf and essential oil exporter in Iran and middle east. For high trade order you may call our advisors.

Ginger is useful for many diseases and most people are introduced with its amazing plant. It is native to India and south Asia, South East Asia, South America, Africa and Australia.

A huge amount of ginger is imported to Iran from India each year and is comsumpted very much in Iran. 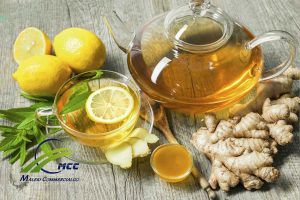 Application method of ginger for sinusitis:

Brew a little ginger and drink with honey after purification.

Another method of apllication is local compress of ginger tea on face and forehead.

This odorous plant is a traditional method for sinusitis treatment.

Drip a few drops of oil on forehead and massage gently.

A perennial plant, hairless leaves, thin veins and creeping underground stems. This palnt propagates via spore and they are placed in side lobes of the leaves. Southern maidenhair fern grows in moderate humid and semi-earm regions.

Brew some leaves and drink with honey.

Note: Consult your medicine advisor before using any of the mentioned plants.

Treatment of Gastritis with Medicinal Plants

the Treatment and Prevention of Cancer

The Knowledge-based Maleki commercial was licensed by the Organization of Industry, Mines and Agriculture in 2013 with the objective of producing, processing and packaging healthy medicinal herbs and under two brands, “Elisso Sky” & “Clementa Herb”, was registered and collaborated with a group of graduates Medicinal plants commenced its activities.